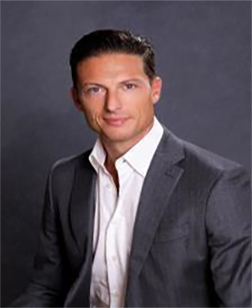 Originaly from his home town of Trieste, Alessandro joins The White Box with over 10 years’ experience, and a deep love for food. In his new role as Restaurant Manager of The White Box, he is keen on showcasing his vision for the authentic Italian dining destination with a distinctive boldness…

Love brought him to the beautiful and romantic Vienna. He began his journey as an Assistant Bar Manager at the five star DO & CO hotel. Besides his main role of looking after the Onix, Alessandro played a vital role in organizing the catering for a variety of sporting events across Italy and Spain, such as ATP Tournament, F1 Grand Prix and the Champion League. After two years, he shifted to the Café Rochus in Vienna as Restaurant Manager where after three years, he made the move to the prestigious Boca Grande in Barcelona, followed by his That’s Amore in Vienna.. Other than the knowledge gained through working and deepen it at the F&B Academy in Vienna, Alessandro is greatly inspired by living across five culturally diverse countries and ten cities such as Ibiza, Barcelona, Vienna, Milano, Roma , Dubai and now Phuket.

We use cookies to ensure that we give you the best experience on our website. If you continue to use this site we will assume that you are happy with it. Ok